The cliché that we depend on our mother earth to give us good soils in which to grow food, water to drink, clean air to breathe and oceans to provide us with fishy sustenance is seemingly obvious and therefore, it should follow that we look after it for our own selfish reasons, if for no other.

However, it has been proven time and again that we have taken these ecosystem services for granted and not looked after them particularly well in many places, to our own and more often to other’s detriment.  This includes those living in other countries as well as future generations. So how do we get people to actually recognise the value of the environment and include it in their decision making?

Greater recognition of biodiversity and ecosystem services as critical natural capital is a must. It is easy to understand why people might not see the worth of grasslands 2000 km away, seemingly invisible and extensive groundwater systems, or critically endangered sun moths and vulnerable blind cave eels, particularly when they are located in areas which also contains sizeable mineral deposits which can pour megabucks into the government’s pockets and create a decade of employment for a significant number of people. When such landscapes, systems and animals are so far away, considered unattractive or unimportant how do we convince people that they are worth protecting?

The loss of individual species and the continual removal high value areas of unique landscapes contribute to an overall degradation of ecosystems and the critical services they provide us.  A summary of key ecosystem services provided across a wide range of environmental systems (such as but not limited to forests, grasslands, wetlands, mangroves, oceans and karst systems) include: 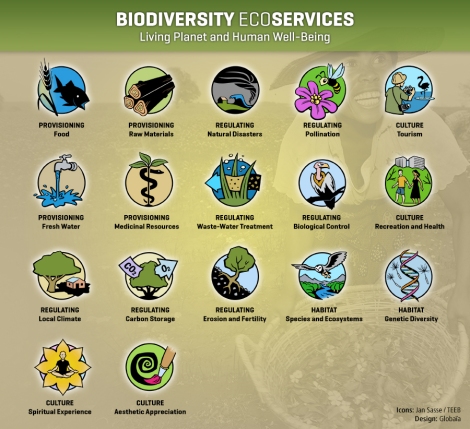 While many still write-off environmental protection as a hippie bleeding-heart indulgence, it should instead be considered an environmental, social and economic investment in free and critical services that provide us with what we need to live, and for those of us lucky enough, what we want to maintain our lifestyles.  Some would also question the moral and ethical position of contributing to the extinction and loss of threatened species and habitats. A number of key principles also comes into play when asking why we should bother protecting the environment:

The Precautionary Principle: if an action or policy has a suspected risk of causing harm to the environment in the absence of scientific consensus that the action or policy is not harmful, the burden of proof that it is not harmful falls on those taking an action. i.e. we should expect businesses and government to prove that their proposals and policies will not put ecosystem services at risk, and if they cannot, then they should refrain from implementing them until they can.

The principle of intergenerational equity: a concept that says that humans ‘hold the natural and cultural environment of the Earth in common both with other members of the present generation and with other generations, past and future‘ – in other words, what right do we have to prevent ours and others’ children and children’s children from being deprived of a rich and diverse environment that provides them with clean air and water, good soils for growing their food, without significant expense?

Not all people are interested in how the environment supports us humans and the concepts to be considered in its protection, however, most people can relate to the big bottom dollar (particularly businesses and politicians!). Therefore, putting a dollar value to the ecosystems services is one way in which potential environmental impacts can be more easily considered in decision-making within our global economy.  While estimating the value of protecting a forest rather than knocking it down for development (for example) is no easy feat, there is a growing number of cases globally where this has been successfully done:

New York City’s water supply system is one of the largest surface storage and supply systems in the world, providing high quality drinking water to approximately 9 million city dwellers. In 1997 New York City launched a revolutionary project to protect its drinking water by protecting the ecosystem services of its watershed. The City calculated that a filtration plant large enough to clean its water supply would cost between $8-$10 billion in today’s dollars, approximately $6 billion to build and another $250 million annually to maintain. Preserving the watershed, conversely, was estimated at $1.5 billion. Based on this valuation of ecosystem services New York City went on to buy thousands acres of forested watershed land upstate to shield its reservoirs from pollution, improve existing treatment plants and septic systems and subsidise environmentally sound economic development. A conservation easement program was also implemented to ensure and maintain coordinated management of the watershed.

The Nakivubo Swamps are adjacent to Uganda’s capital city, Kampala. The local government had proposed draining the swamps to make way for agriculture, but when a study revealed that this ecosystem was providing a valuable service by filtering organic waste and other effluent derived from Kampala, the proposal was dropped. The study indicated that a water-purification facility capable of performing the same service would cost several million US dollars to construct and US$ 2 million a year to maintain. In this case, the value of converting land for agriculture would be offset by the cost of lost sewage-treatment capacity. Direct investment to maintain the wetland was a cost-effective measure to uphold the purification service.

Over 930,000 ha of peatlands in Germany have been drained to increase the area available for agricultural production. The area that peatlands once occupied has been transformed from a carbon sink into a carbon source – emitting ~20 million tCO2-equivalents per year. Lowering of the water table and tillage has destroyed these high biodiversity areas and their valuable ecosystem services (water storage and purification, fixation of nutrients and pollutants, and the sequestration and storage of carbon). Furthermore, the release of nutrients and pollutants from drained peatlands decreases water quality and causes eutrophication of rivers and lakes. The high cost of maintaining drainage infrastructure and decreasing demand for cattle and fodder production led the government of Mecklenburg-Vorpommern to assess the economic potential of land use options for peatlands, taking into consideration the value of ecosystem services such as carbon sequestration.  Modelling undertaken by the University of Greifswald showed that while 585 euros per hectare of restored peatlands could be earned through conventional agricultural practices on drained peatlands, between 595 and 1750 euros could be earned through carbon emission avoidance of restored peatlands (after an initial one-off revitalisation investment) in combination with biomass production such as moss, reed and forest raw materials, thereby still generating income for land owners.

In Australia recognition of ecosystem service value has been implemented primarily through trading schemes, such as the water trading scheme for the Murray-Darling river system developed for irrigators, trading groundwater allocation volumes in Western Australia typically by developers, industry or local government, or trading in salinity credits in the Hunter River catchment for industry discharging into the river.

Biodiversity conservation incentive strategies are also being implemented around Australia to encourage pastoralists and farmers to protect and restore remaining areas of high environmental value, thus preserving the ecosystem services of the landscapes unique to their property.  This is done more often on a local scale through incentives such as provision of funding to place conservation covenants on ecologically valuable areas, provision of materials such as fencing and seedlings to assist in restoration projects, reduction in taxes and council rates, and provision of technical assessment and on-going conservation management support. 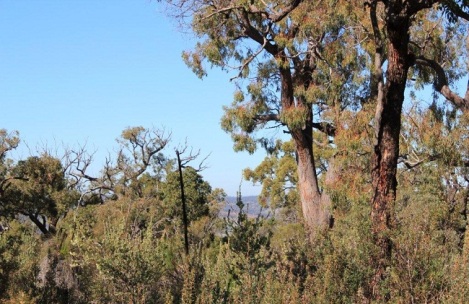 We all value our environment on some level for what it provides us, even if everyone doesn’t acknowledge it directly. When the cost of obtaining clean water and fresh food, keeping cool/warm, and being protected from storms/coastal processes rises, those ecosystem services we have been getting for free will suddenly seem a lot more financially valuable.  Providing such ‘dollar’ information to people, as well as educating others on why it is in our interest to protect certain areas from industry/development or buy goods and services from environmentally-considerate providers, and incentivising people to invest in protecting and rehabilitating critical habitats and ecosystems, are key methods to shifting attitudes towards our environment and the value of the ecosystem services it provides.

Otherwise we may find our kids asking us why we didn’t do enough to maintain these services for them.

What is your view? Cancel reply

Urbaqua are on the WALGA panel!